We chose Encore because we love the location right on the beach and the view over the bay. It’s also special for Jimmy as St Kilda was the first place he lived when he moved to Melbourne 10 years ago. Encore Wedding Fun St Kilda is where the wedding photography took place.

How we met: We started chatting to each other online in December 2011, and after a few weeks of chatting to each other, and exchanging pics (G rated!), somehow both of us decided that the other person probably wasn’t a murderer or a psychopath. We decided to meet for drinks at Wonderland Bar on Chapel St in Windsor on 27 December 2011. From there we kicked onto Lucky Coq (not a gay bar!) for cheap pizzas and more drinks. By then Jimmy was fairly intoxicated, which led to it being very difficult to get a word in because he wouldn’t shut up!

Other than his tendency to waffle on to no end when he’s drunk, I was attracted to his extroverted introvert personality and the fact that we seemed to have a lot in common personality wise, despite our different upbringings. Oh, and his boyish good looks and great hair helped a lot too. 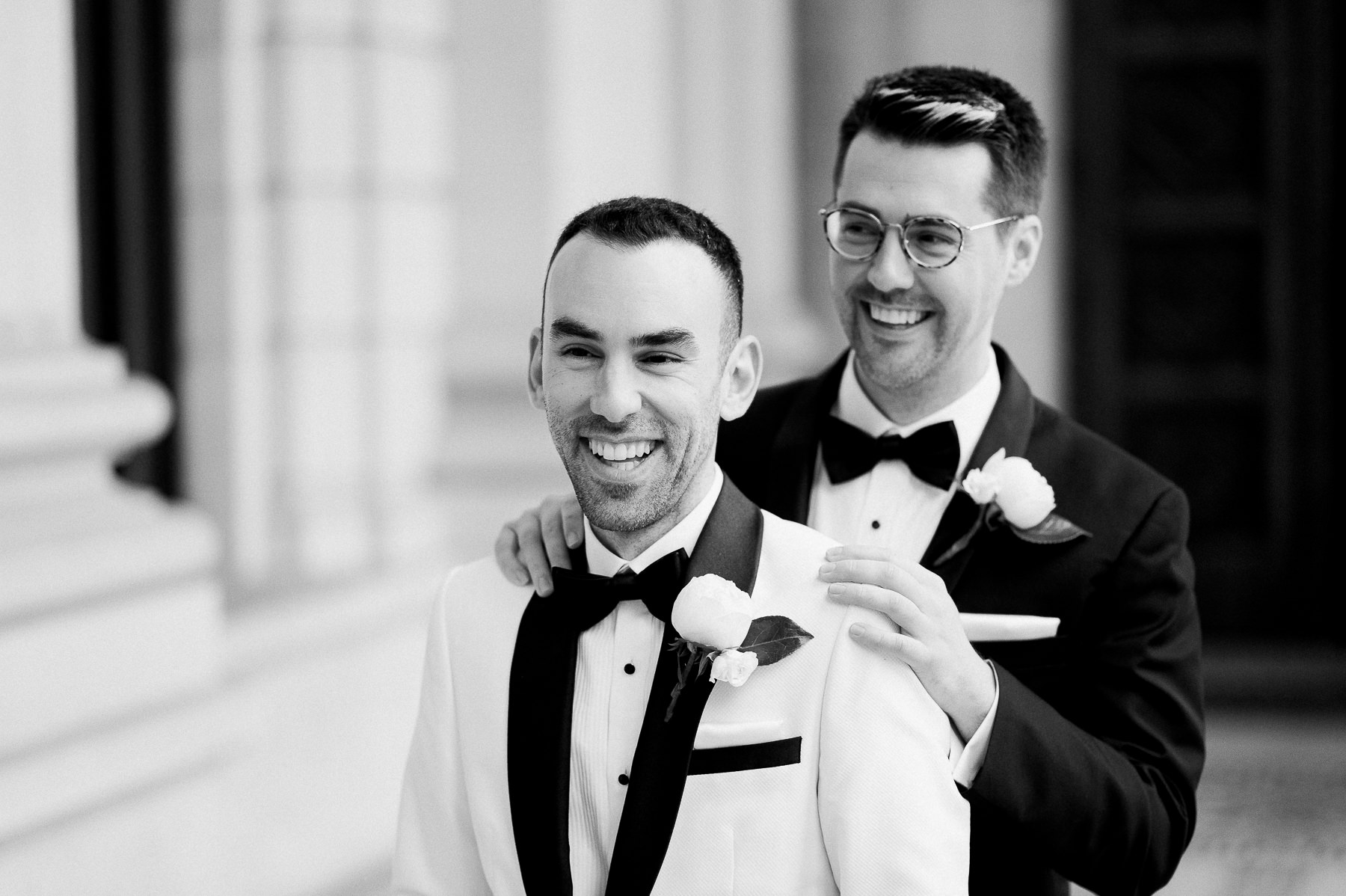 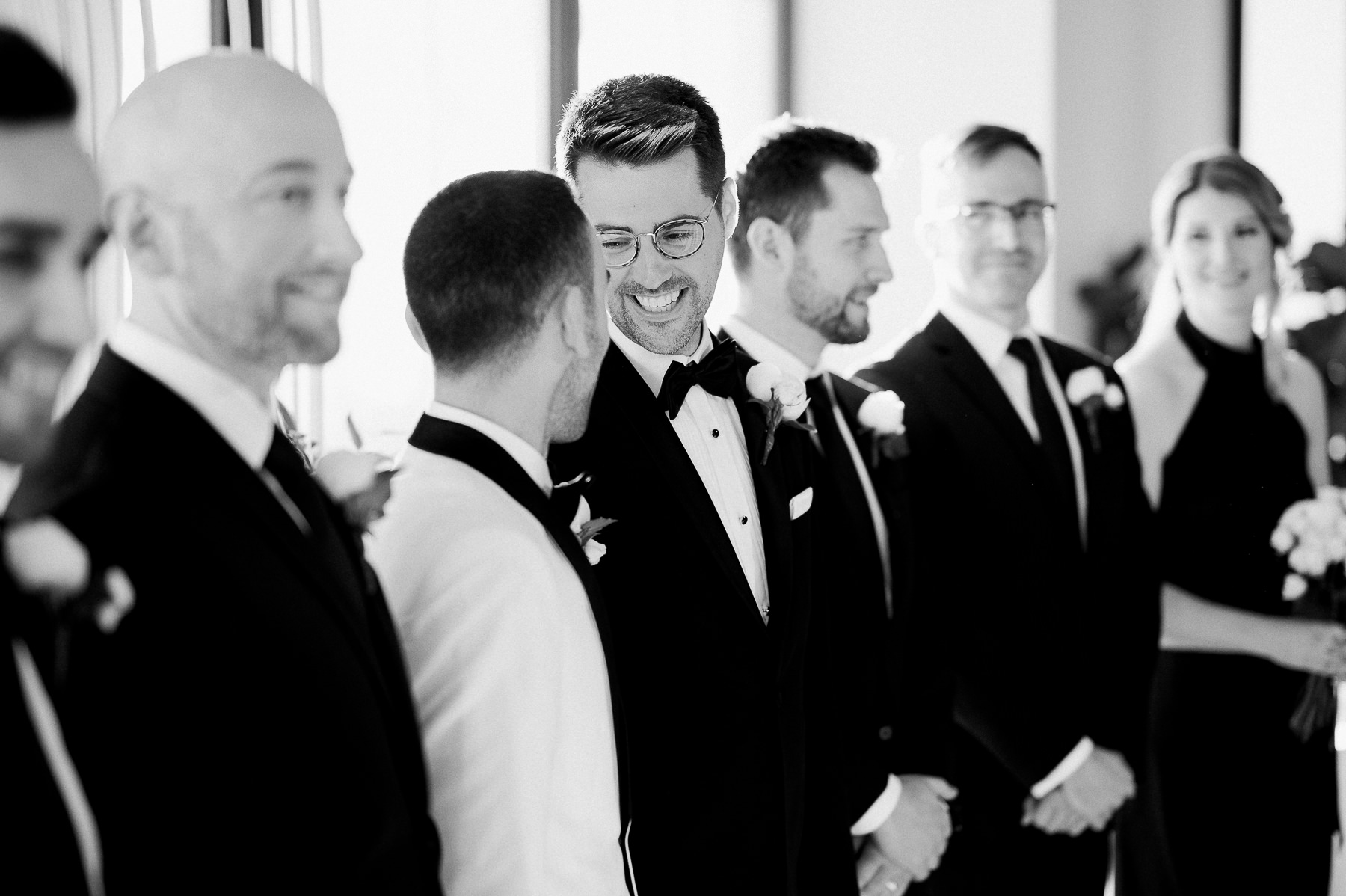 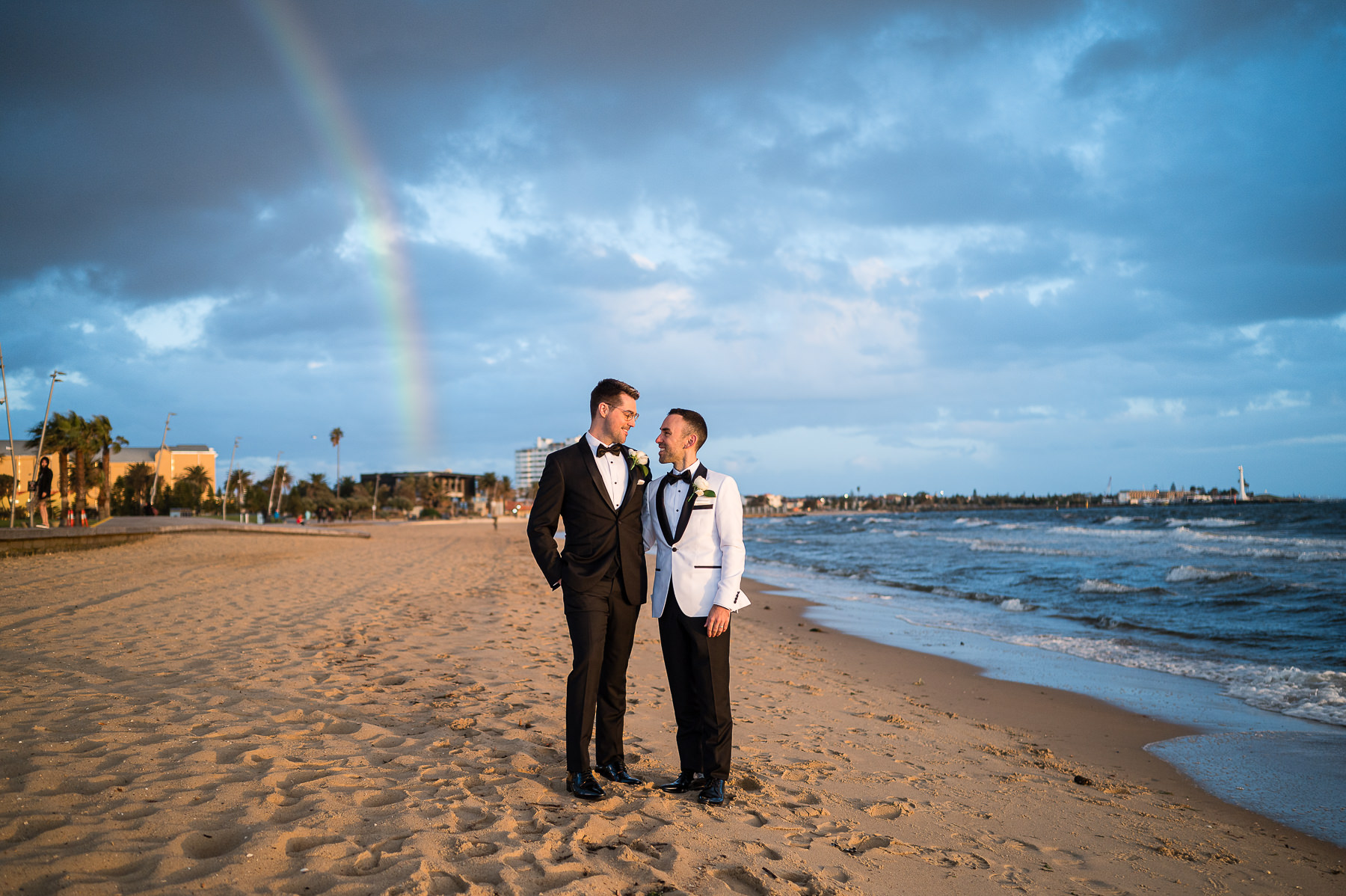 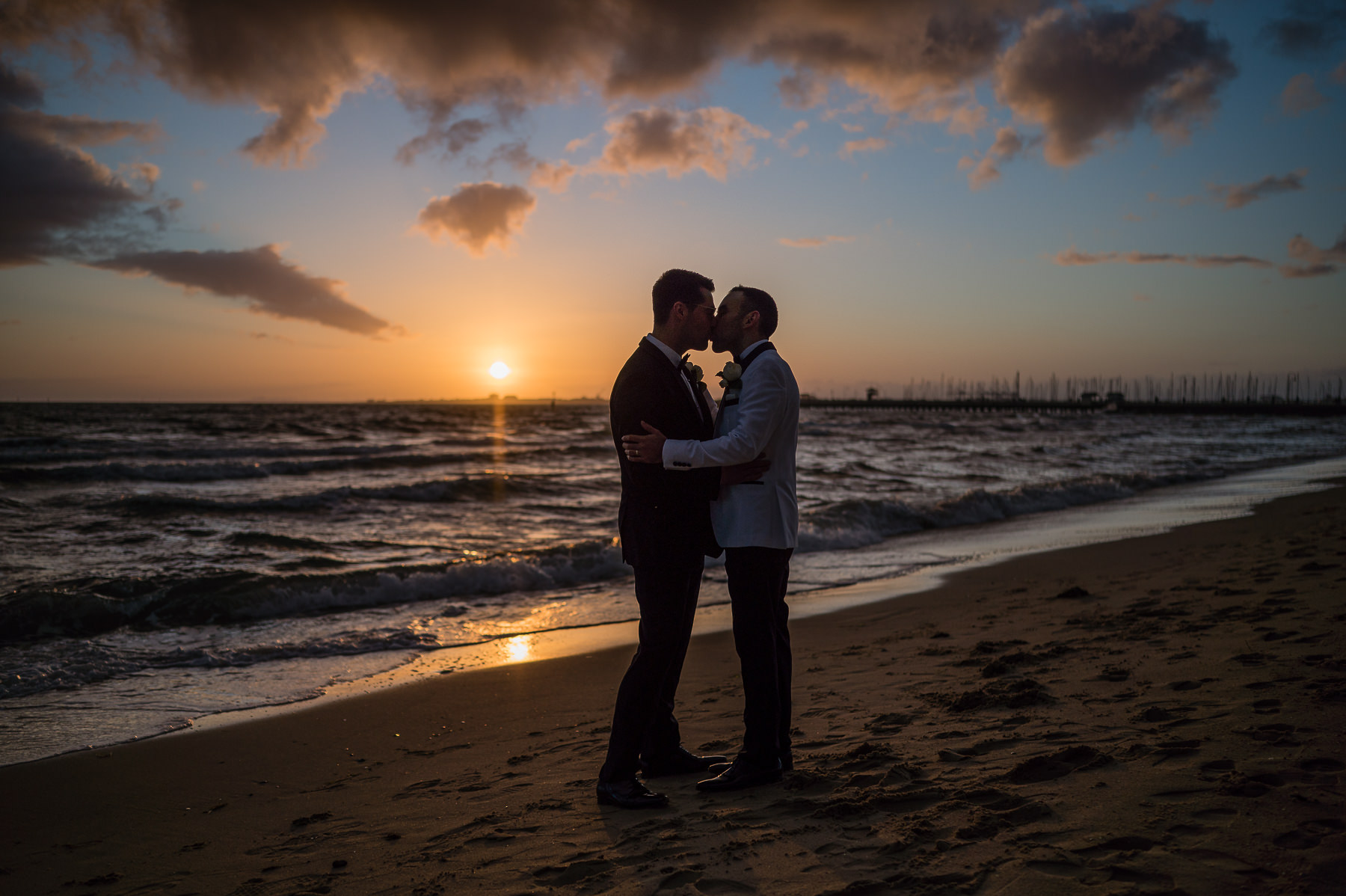 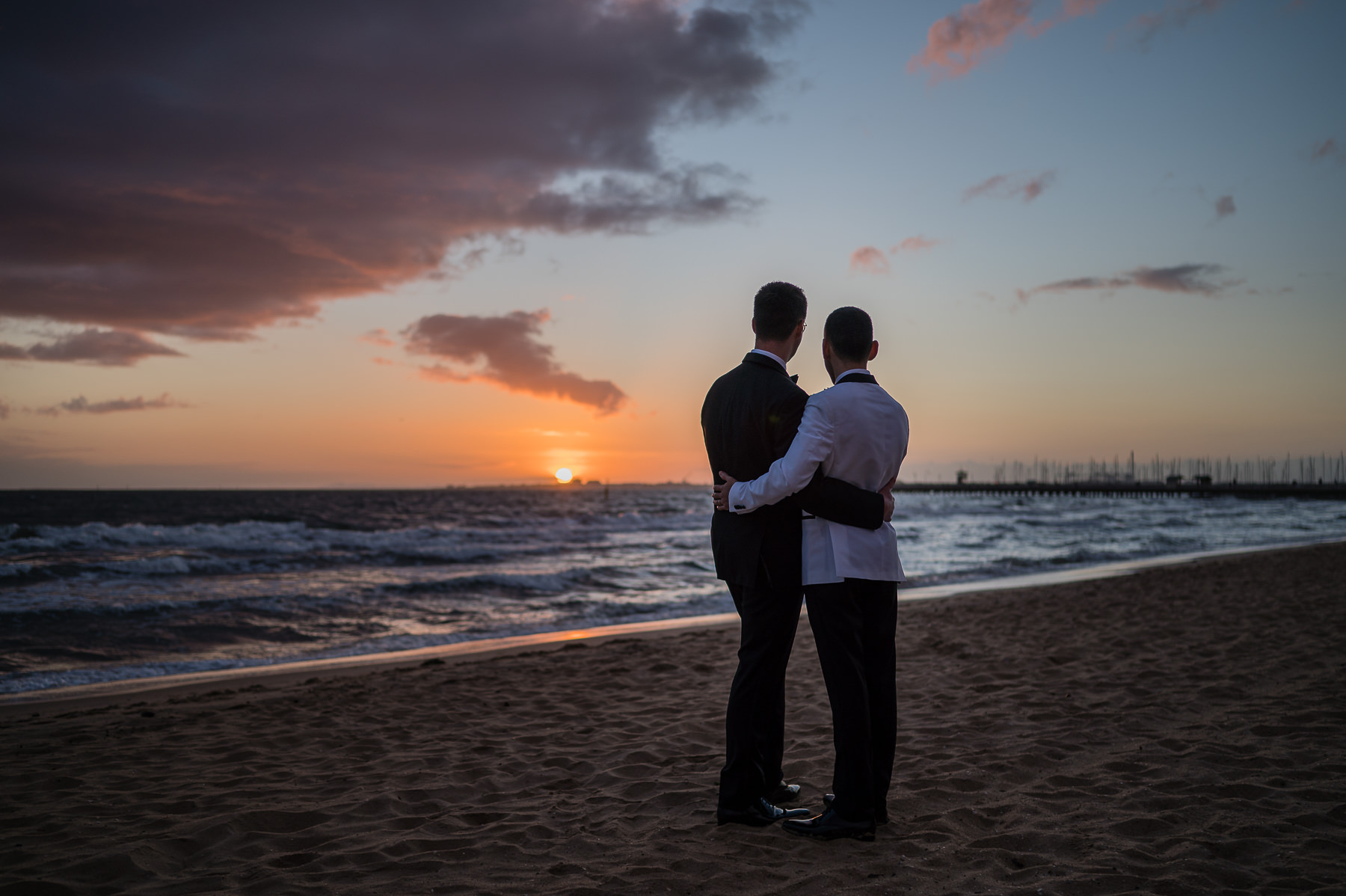 The Proposal: Last November we went to Tassie for a long weekend with our friends Shaun and Luke. One of the reasons for the trip was to do a 3 hour climb to the top of Mt Amos in Freycinet National Park, which has the most spectacular view over Wineglass Bay and the national park from the top. Jimmy and I had done the climb earlier last year, but the mountain was covered in cloud and we couldn’t see anything from the top, so we were determined to do the climb again to witness the amazing view.

So we climbed to the top on a day with the most perfect weather, and midway through me trying to take a selfie of us and the view.  After trying to figure out why I couldn’t get Jimmy into the shot, I looked over and down and Jimmy was there, down on one knee with a ring asking me to marry him. Other climbers around us also noticed what was going on and we received our own round of applause from them which was nice. The boys of course were in on the whole thing and were there to video and take photos of the proposal. Very well organised and executed indeed, I honestly had no idea! Such an amazing surprise to receive in such a spectacular location, and I was so happy to be able to celebrate with the boys that weekend. We went out to a Greek restaurant (of course!) in Hobart that night to celebrate. 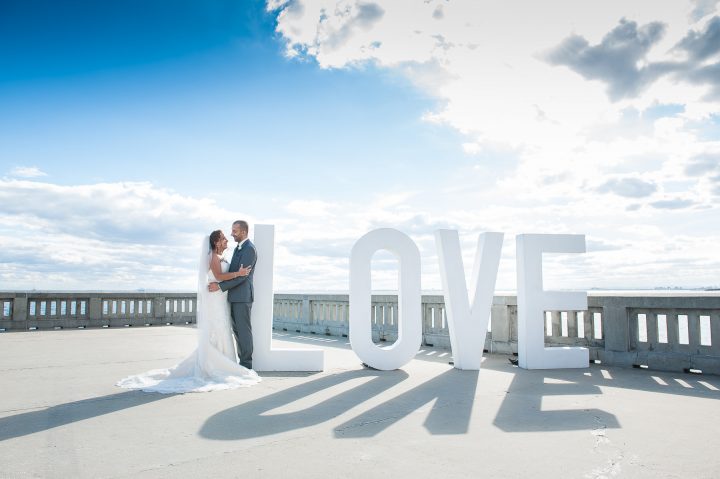 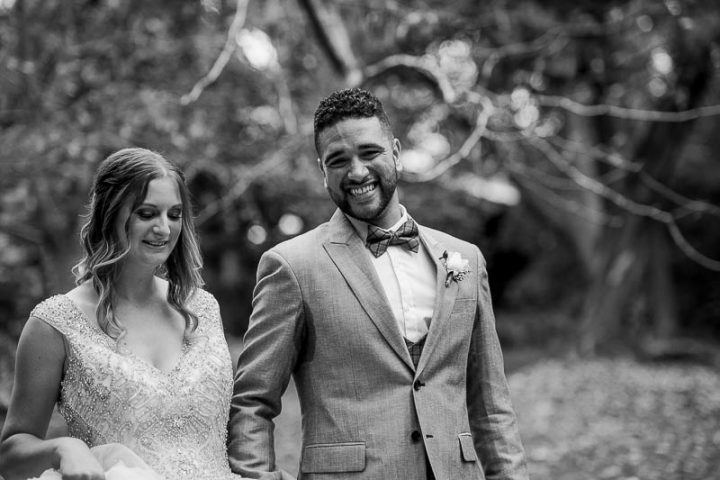 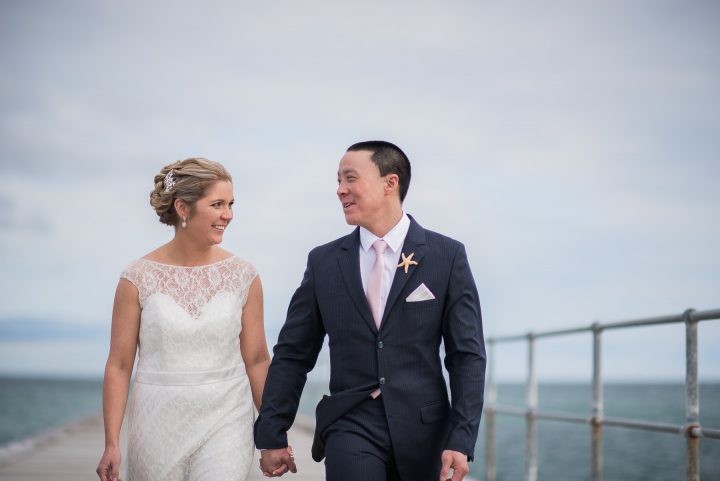 Wedding at Windows on the Bay

@passion8photography
MELBOURNE, INVERLOCH & SUNSHINE COAST
GET IN TOUCH WITH US