We wanted a Sandringham Yacht Club fun wedding, as we had previously attended the location for another occasion. We fell in love with the ocean scenery it provided. We also decided to go with the venue as most of the major events in our relationship occurred at the beach. The wedding photography was taken at St. Kilda Botanical Gardens and the Sandringham Yacht Club.

We met through a mutual friend at yum cha (Gold leaf – Springvale). Hok was invited but was at work and attended about late, making everyone wait for him. Hok thought Lin was quite cute at the time as she was clumsy with the food. She was easily bullied yet she could still stand up for herself. Lin was mad at Hok, because she had become hangry. However, her feelings grew warmer towards him the more she got to know him. And then he offered to buy her food to make up for being late. 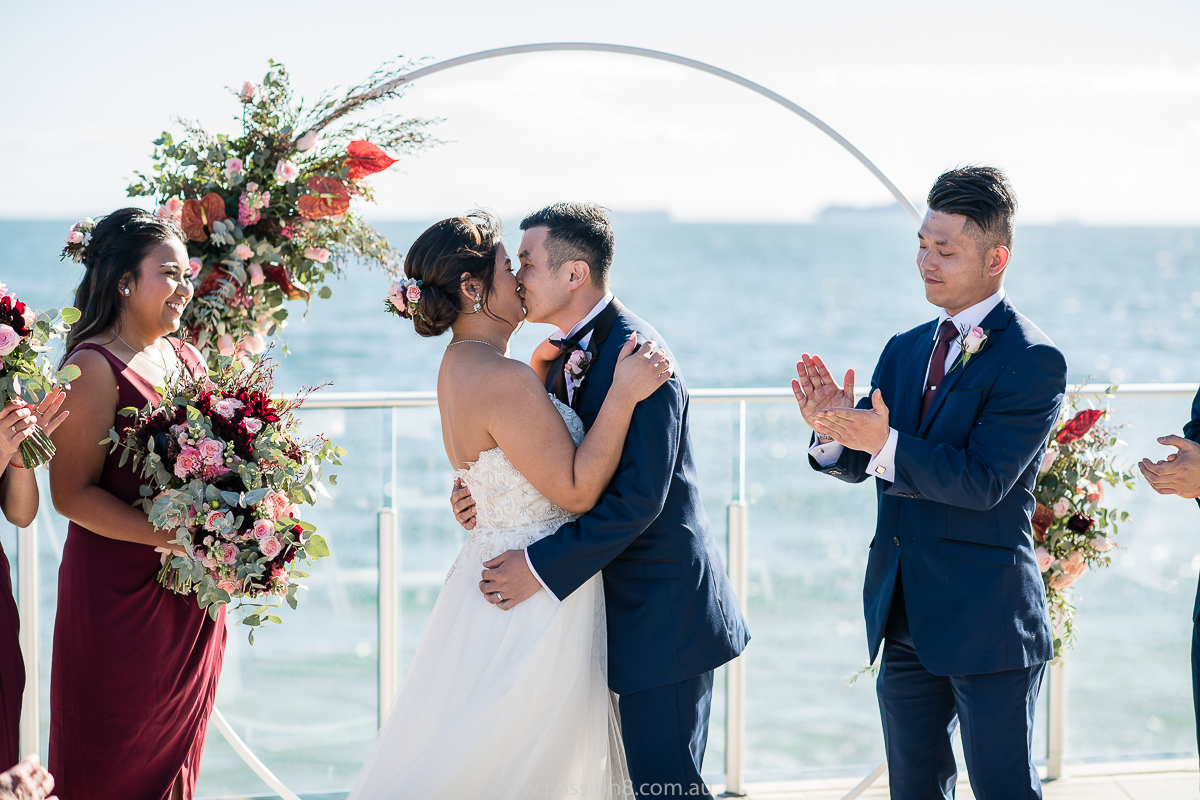 The proposal happened during a walk from Bells Beach to Point Addis Lookout, on the Great Ocean Road. The walk was 8km and took about 2 hours to get to the Point Addis Lookout. This is an activity that we both enjoy doing – to explore the sights and to increase our fitness levels. Once we had gotten to the lookout, Hok attempted to get on one knee and Lin thought he was playing another prank on her. Hok was very nervous about the proposal and on guard because he was hiding the ring in his pocket. He had been planning this for 6 months. A lot of different emotions went through Lin’s head at the time of the proposal – happy, surprised, and excited. She had thought that he was playing another prank on her. We were both very excited to begin a new chapter in our lives. That is, until we decided to take the beach path back to the car and realised, we were walking by a nude beach. In which case, we were both very shocked and quite giggly about what we had embarked on. 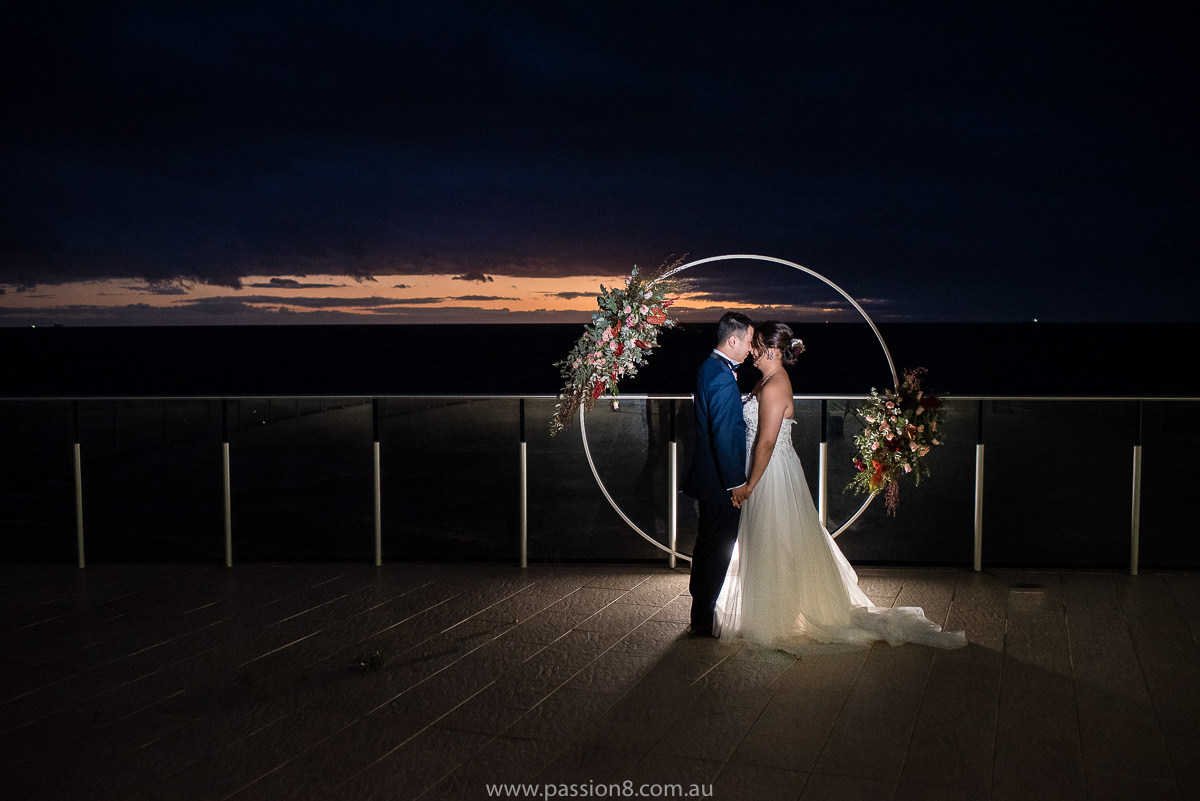 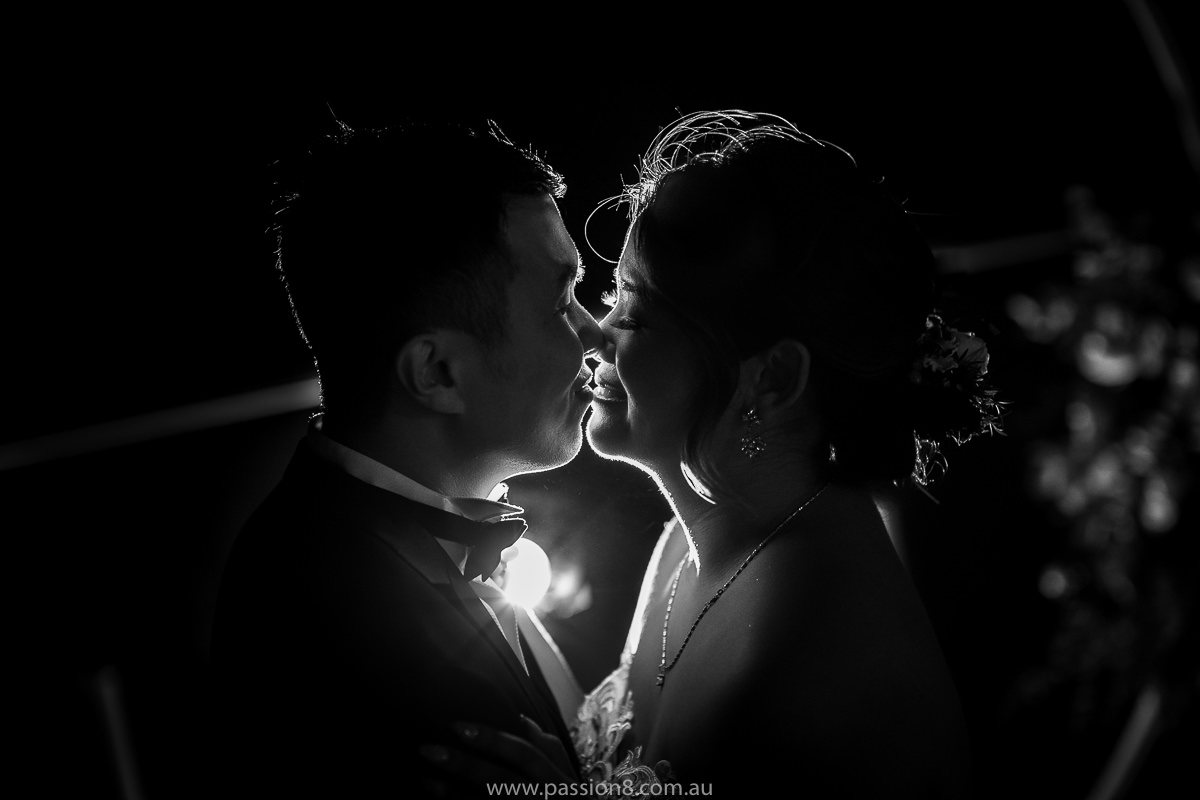 @passion8photography
Melbourne & Inverloch
GET IN TOUCH WITH US